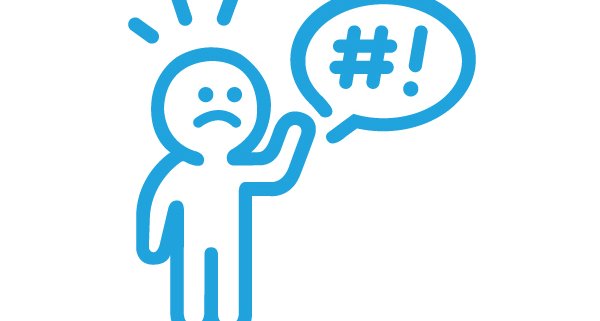 AGSEV would like to update you on our discussions with the school’s direction about the vertical grouping of L1 for SWALS pupils in Primary which is likely to take effect as of the next school year, starting in September 2020.

As you might have heard, our school has been asked by the Office of the Secretary-General of the European Schools in Brussels to implement vertical grouping of its L1 SWALS classes based on the European Schools’ rule about a minimum number of 7 pupils per class. The school needs to ask the office of the Secretary-General every year for derogations to open classes with less than 7 students, which is the case in the great majority of the L1 classes for SWALs. After the last School Administration Board in September last year, Brussels started to deny those requests and is now making strong pressure for vertical grouping to be implemented each time there are less than 7 students in a class.

AGSEV has made a big effort to prevent its implementation already as of this school year (2019-2020), presenting pedagogical, political and financial arguments. Our position clearly remains the same, nevertheless, there is a lot of pressure from Brussels to implement the vertical grouping and the school as well as AGSEV would like to be prepared in case we are left with no options and this goes ahead.

Having said that, the school is currently examining the scenario of grouping L1 only for P3 and P4. The Secretary-General wants vertical grouping of P1 and P2 and of P3, P4 and P5, but the school is against any grouping for P1, P2 and for P5. Different implementing arrangements are being studied, including the impact on the Primary’s overall timetable, as well as the financial implications. The various scenarios and their feasibility will have to be presented to the School Administration Board, chaired by the Secretary-General Mr. Giancarlo Marcheggiano, end of January 2020. Because of timetable restrictions, if vertical grouping is implemented for a L1, it will probably have to be implemented for all other L1, independently of the number of students per class. This would be unavoidable because the students all have to leave for their L1 classes at the same time and, in the majority of cases, there is a single L1 teacher at school for primary. Otherwise, a separate L2 group would have to be organised for only the P3 or the P4 students that do not have vertical grouping (separate from everyone else), and these students would leave for L2 classes when everyone else leaves for L1 (and vice-versa). We doubt this will be accepted because it would bring significant extra costs.

AGSEV is in direct contact with the school’s direction on how to best position on this matter. The different scenarios and their implications are being studied and will be discussed with the Secretary-General in the hope that we can convince him to leave the current status quo unchanged.

If you have any questions please do not hesitate to contact AGSEV. We remain at your disposal for any clarifications.

This site uses cookies. By continuing to browse the site, you are agreeing to our use of cookies. More information : https://www.agsev.it/privacy-policy/

We may request cookies to be set on your device. We use cookies to let us know when you visit our websites, how you interact with us, to enrich your user experience, and to customize your relationship with our website.

Click on the different category headings to find out more. You can also change some of your preferences. Note that blocking some types of cookies may impact your experience on our websites and the services we are able to offer.

These cookies are strictly necessary to provide you with services available through our website and to use some of its features.

Because these cookies are strictly necessary to deliver the website, refuseing them will have impact how our site functions. You always can block or delete cookies by changing your browser settings and force blocking all cookies on this website. But this will always prompt you to accept/refuse cookies when revisiting our site.

We fully respect if you want to refuse cookies but to avoid asking you again and again kindly allow us to store a cookie for that. You are free to opt out any time or opt in for other cookies to get a better experience. If you refuse cookies we will remove all set cookies in our domain.

We provide you with a list of stored cookies on your computer in our domain so you can check what we stored. Due to security reasons we are not able to show or modify cookies from other domains. You can check these in your browser security settings.

We also use different external services like Google Webfonts, Google Maps, and external Video providers. Since these providers may collect personal data like your IP address we allow you to block them here. Please be aware that this might heavily reduce the functionality and appearance of our site. Changes will take effect once you reload the page.